Slavery was a widespread practice in ancient and classical Greece as in other societies of the time. In ancient Greek society, slaves were utilized for a wide range of tasks, but the principal uses were agriculture, stone quarries, mines, and domestic chores.

The historical sources regarding Greece has a tendency to be very focused on life in Athens, and one of the consequences of this is that we know more about slavery in Athens and slavery elsewhere in the Greek territories. In the 5th and 6th centuries BC, the estimated slave population in Athens were circa 80,000 people. 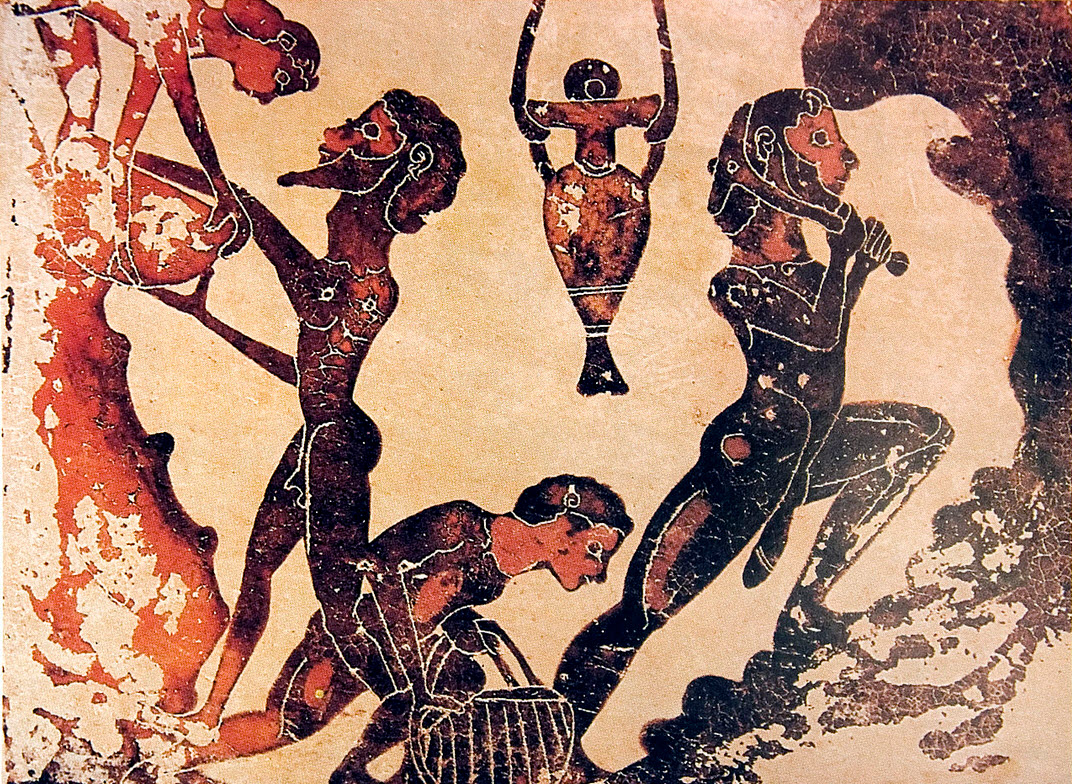 It is difficult to generalize about the treatment of slaves in Greece as slaves occupied so many different niches of Greek society, and were not uniformly treated the same. Their conditions varied significantly depending on their status.

Some of the most horrible treatment was endured by the brothel sex slaves (pornai) who according to numerous sources had it considerably worse than the independent prostitutes who worked the streets.

Another group of slaves renowned for living in despicable conditions were the silver mine slaves in Laureion. The mines, whose silver was important for the Greek coinage, was the property of the state but normally farmed out for a certain fixed sum and a percentage of the working. Slave labour was exclusively employed, and some of the silver mine slaves were children.

Contrastingly, public slaves, craftsmen slaves, tradesmen slaves, and banker slaves generally lived in better conditions and enjoyed a relative independence. If they managed to pay a fee (ἀποφορά / apophora) to their master, they could live and work alone. Some of them earned enough money to purchase their freedom.

Some Ancient and Classical writers disliked what they saw as an improper level of freedom for the slaves in Athens. Pseudo-Xenophon complains that “as for the slaves and metics of Athens, they take the greatest licence; you cannot just strike them, and they do not step aside to give you free passage”. (A metic was a foreign resident of Athens who did not have citizen rights.)

In Greek literature, there are may examples of slaves being flogged, but also how masters used their control of food, clothing and rest to force a slave to work and complete orders. Flogging could be meted out by the master or the supervisor, and in some cases the supervisor was also a slave.

According to Aristotle, the daily routine of a slave could be summed up in three words: work, discipline and feeding.

One of the most well-known examples of slaves escaping is from the end of the Peloponnesian War when 20,000 Athenian slaves ran away at the incitement of the Spartan garrison at Attaica in Decelea. Some scholars claim that a majority of these slaves were skilled artisans (kheirotekhnai), while others believe they were silver mine slaves from Laureion.

There are no records of any large-scale slave revolt occurring in ancient or classical Greece. 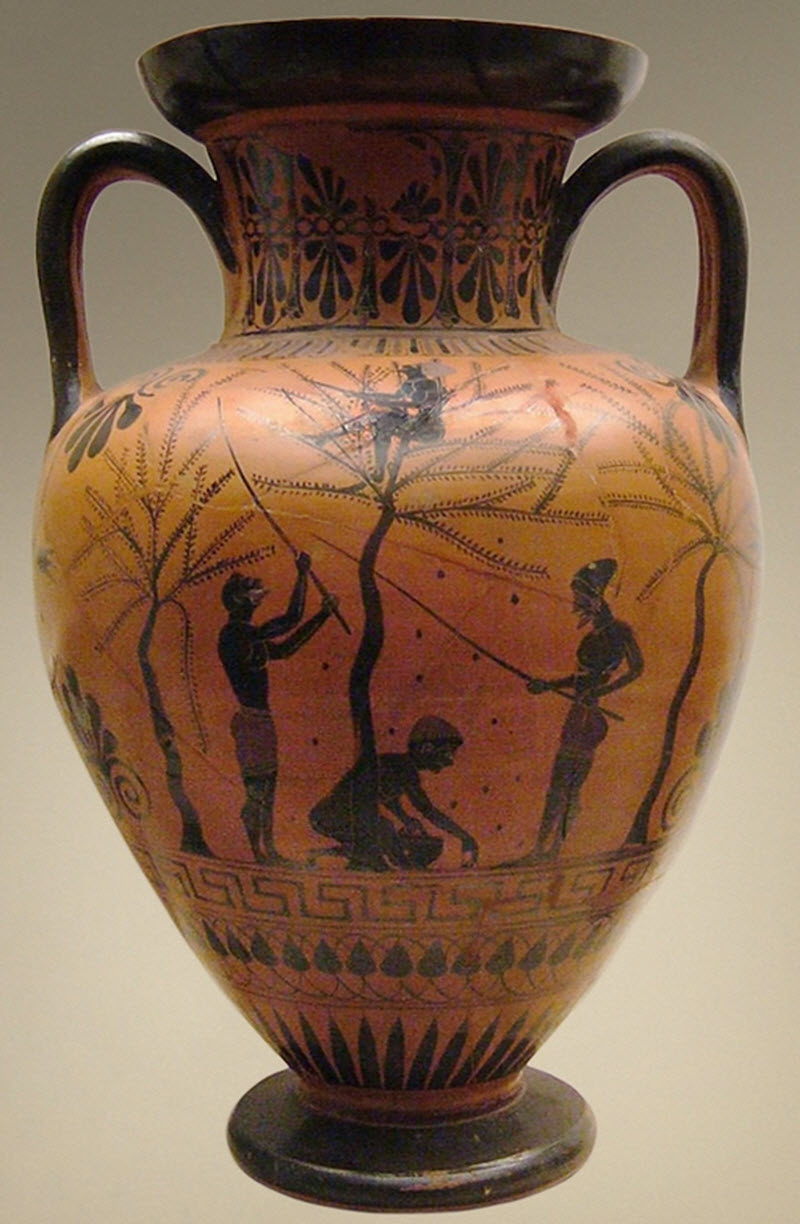 Some Greek writers did not only condone slavery, but described it as natural and necessary. One of the most famous examples of such as writer is Aristotle. These ideas were notably questioned in Socratic dialogues, and the Stoics produced the first recorded outright condemnation of slavery.

The ancient and classical Greek did not have one word that denoted slavery in the modern sense while excluding everything else. Instead, ancient texts are filled with various words that can have several interpretations depending on context.

The institution of slavery existed in the Myceanean civilization, where a slave could belong to either of two categories: εοιο (slaves) and θεοιο (slaves of the god).

A slave of the god (θεοιο) has a higher ranking that the εοιο. Slaves of the god own their own land, and their legal standing in society is fairly close to that of a freeman. In the surviving sources, slaves of the god are always mentioned by name. The god in question was probably Poseidon, but why and how people became slaves of the god remains unknown to us.

Slaves in the Illiad and Odyssey

In the Illiad and Odyssey, almost all slaves are women. There seems to be a dynamic where women become slaves by being taken as war booty, while men are either killed on the battlefield or ransomed. The female slaves that are mentioned in the two texts are usually servants or concubines. They are considered a part of the household (oikos). Laertes, king of the Cephallenians, is depicted eating and drinking with his servant slaves, and in the winter he sleeps in their company.

One example of a male slave in the Odyssey is Eumaeus, the divine swineherd. In the Odyssey, Eumaeus declares that slavery is a disgrace. “Zeus, of the far-borne voice, takes away the half of a man’s virtue, when the day of slavery comes upon him.“

Comments Off on Slavery in Greece