Ephialtes was a politician in ancient Athens and an early leader of Athens democratic movement. In the late 460s BC, he oversaw reforms that decreased the power of the Athenian governing council Areopagus. For many historians, this marks the early stage of the road to the type of democracy for which Athens would become famous.

Among other things, Ephialtes´s reforms concerned the scrutiny of office holders and the judicial functions in state trials, and they introduced a new definition of citizenship.

Some of the changes overseen by Ephialtes reduced the property qualifications for holding a public office in Athens and also introduced pay for public officeholders, making such a post within the grasp of a larger section of the Athenian public. 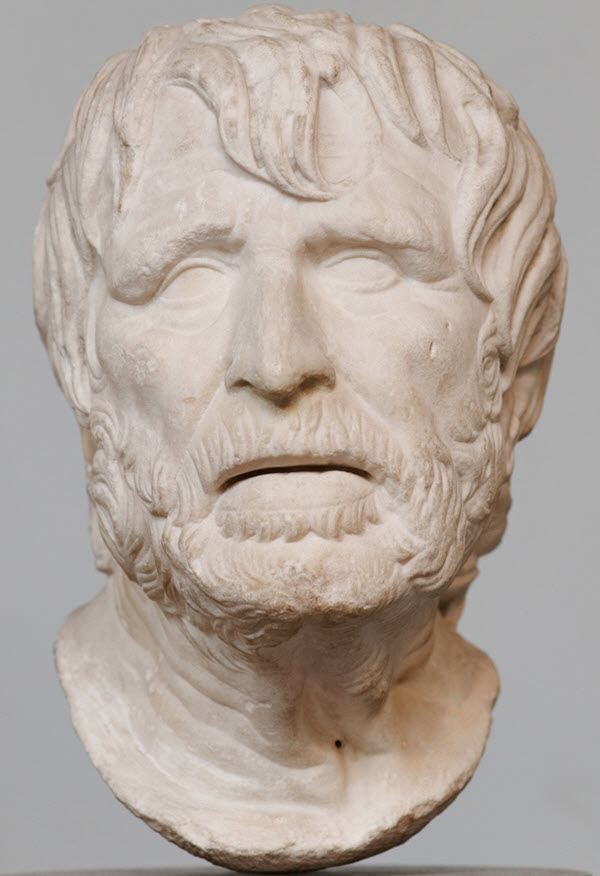 Ephialtes in the armed forces

The first mentioning of Ephialtes in surviving historical records is from 465 BC, when he was a strategos (military general) commanding the Athenian fleet in the Aegean sea.

In 464 BC, a helot revolt broke out in Sparta during the aftermath of a destructive earthquake. The helots were a subjugated population who made up the majority of people living in Sparta. (They did not have Spartan citizenship.)

The Spartans asked the cities that were still a part of the Hellenic League for military help to squash the revolt. (The league had been formed earlier as an alliance against the Persians.) In August 463 BC, Ephialtes represented the Athenians who wished to refuse this request, arguing that Sparta and Athens were natural rivals and that Athens should rejoice in Sparta´s misfortune.

Ephialtes´s side lost the debate, and Athens sent 4,000 hoplites (citizen-soldiers) to Sparta, headed by the powerful Athenian politician Cimon. This attempt to help Sparta ended in humiliation, because the Spartans rudely sent the force back, fearing that the hoplites would end up siding with the helots. This insult naturally turned Athens against Sparta, and Cimon was ostracised from Athens. Now, a more radical democratic movement cought traction in Athens, led by Ephialtes.

Reducing the power of the Areopagus council

After the embarrassing events in Sparta, Ephialtes and his political allies launched a campaign of heavy critique against the Areopagus, a council formed of former archons which was responsible for a wide range of affairs in Athens and was known to be a conservative force in Athenian politics. According to Aristotle, Athen had since circa 470 BC been governed under an informal “Areopagite constitution” under Cimon, and the Areopagus had been losing prestige since 486 BC when the system of selecting archons by lot was introduced.

Ephialtes prosecuted certain members of the Areopagite for maladministration, which further weakened the prestige of the council. Next, Exphialtes introduced a series of reforms which would in effect remove some power from the Areopagus council and give it to the Boule council, the ecclesia (assembly of the citizens) and the lower courts. He introduced these reform suggestions to the popular assembly where they were passed.

After these reforms had been carried out, what remained of Areopagus was essentially its position as a high court for murder charges and certain religious matters.

Next on the agenda was the ostracism of Cimon, who was a vocal opponent of Ephialtes.

Naturally, Ephialtes´s reforms were not universally liked by members of the Athenian populace who saw their powers diminished.

In 461 BC, Ephialtes was murdered. We do not know much about the details regarding this assassination, but several different theories have been proposed.

In 420 BC, i.e. several decades later, Anthiphon wrote that the murder case had never been resolved. “Thus those who murdered Ephialtes, one of your citizens, have never been discovered to this day, and if someone expected his associates to conjecture who were his murderers, and if not, to be implicated in the murder, it would not have been fair to the associates. In addition, the murderers of Ephialtes did not desire to hide the body so there would be no danger of betraying the deed.”

According to scholar Robert W. Wallace, Ephialtes was probably murdered by someone within his on political fraction. After Ephialtes death, his deputy Pericles took charge and continued with the governmental transformation towards democracy that Ephialtes had worked for. Wallace points out that if Ephialtes had been murdered by an outsider, his own political fraction (who remained in charge of Athens) would have made him a marty and done everything in their power to find and publicly punish those responsible.

Comments Off on Ephialtes